Product provenance is one of the most important things in food and drink right now. Much to its credit, Blanton’s Single Barrel Bourbon arrived on the scene well before we all became obsessed with place sourcing. In fact, Blanton’s effectively put “single barrel” on the map, insisting on hyper-craft bourbon at a time — in 1984 — when our drinks repertoire included lots of blue stuff and too much White Zinfandel.

In honor of learning from our mistakes, here are 13 things you need to know about Blanton’s.

It was the world’s first “single-barrel” bourbon.

Just like Velveeta Shells & Cheese, “single-barrel” bourbon wasn’t a thing before 1984 (so we have no idea how anyone had a decent weekend). But among the many generous acts of Elmer T. Lee’s career at Buffalo Trace was this final parting gift — the creation of a super-premium bourbon category, i.e., bourbon taken from one barrel and bottled as is. Not only did Lee revive the bourbon industry, he created a lasting category that almost every major bourbon producer answers to with a bottle of its own.

Blanton’s is distilled by Buffalo Trace in Frankfort, Tenn., which is famously mum about the exact contents of its Mash Bills # 1 and # 2. We do know that Blanton’s is distilled from Mash Bill # 2, a “high-rye” mash bill — meaning after the higher proportion of corn common in Buffalo Trace bourbons, the rest (or much of the rest) of the mash bill is made up of rye. Whereas wheated whiskies tend to be softer, a kick of rye in a mash bill tends to produce a bit more in the way of fruit and spice, which play nicely with caramel and char. Though it’s worth noting that the final flavor profile varies from barrel to barrel (that’s kind of the idea).

We owe it to a guy called Blanton and his thirst for good bourbon.

Yes, there was a Blanton — Albert Bacon Blanton. Lee named his game-changing single barrel for Blanton, who had worked his way up from 16-year-old desk clerk at what would become Buffalo Trace Distillery to distillery president from 1921 to 1952, growing the distillery exponentially and — no small thing — seeing it through Prohibition and World War II. Naming the Single Barrel for Blanton is a tribute: Back in the day, Blanton would put aside what he considered the best bourbon — from barrels aged in the center of the all-metal Warehouse H (see below). To this day, that’s where Blanton’s Single Barrel Bourbon comes from.

Like the “all natural” on your bologna or “farm fresh,” quite possibly also on your bologna, “single barrel” isn’t a legally defined term in the United States. Yes, that leaves a lot of wiggle room for creative interpretation. But so far, the Alcohol and Tobacco Tax and Trade Bureau (a.k.a. the TTB, the paper-pushing folks in charge of labeling and regulating spirits) hasn’t set up a legal definition. So for now, we’re working on the honor system (and that never went wrong in whiskey, right?).

We’ll roll our eyes at “single-stalk corn syrup” and “single-pig salami” when they inevitably enter the market, but we take the implications of “single-barrel bourbon” seriously (because it’s actually a thing). Whereas bourbon in general is blended by brand and by distillery to create a desired flavor profile, a single-barrel bourbon categorically (but politely) rejects blending. Instead you’re embracing whatever inimitable magic the aging process has done to the whiskey inside a particular barrel.

Blanton comes from a famous warehouse.

Let’s face it: When warehouses are famous, it’s either because of a murder or a baler incident (which may or may not involve Michael Scott). So there’s almost never a fun reason to bring up “warehouse lore,” except of course in the case of Blanton’s, because Blanton’s is aged in Buffalo Trace’s famous Warehouse H, the distillery’s only all-metal rick house (or barrel-aging building) and the very place where Blanton himself would stow his select barrels of whiskey. Though unconfirmed, we assume he would visit them and quietly pet them in the middle of the night.

Blanton’s barrels are kind of coddled.

Most whiskies are machine-dumped, which sounds un-artisan and so far away from genteel southern bourbon that we’ll pretend we never learned about the practice. (In truth, it just means the barrel contents are mechanically overturned.) In contrast, Blanton’s barrels are hand-dumped, which sounds just a bit better (and looks like this), adding a level of persnickety care to the process for this bourbon.

With the bourbon inside, Blanton’s barrels are aged for several years in Warehouse H. Since metal conducts heat, the walls of Warehouse H act like an amplifier for Kentucky’s temperature fluctuations, increasing the impact of heat and humidity changes, all of which encourages the barrels to absorb and then flush out the bourbon more often over the course of aging. And the more interaction between bourbon and barrel, the more flavor in the end.

There’s a ton of vital info on the labels.

Schools stopped teaching cursive for a while, but it’s making a comeback, probably because people realized the next generation wouldn’t be able to read the Blanton’s label (or perhaps they feared the emotional clumsiness of a world where emotion is expressed exclusively in emoji). That’s clutch for Blanton’s drinkers, since all that scrolly handwriting lets you know the barrel number, the number of the rick (or storage rack) the barrel was taken from, the proof your bourbon was bottled at, the final bottle’s ABV, and even the date the bourbon was dumped (and yes, this is the only time it’s not deeply depressing to commemorate a dumping date).

You can collect the horse stoppers. And it will drive you mad.

The adorable horse stopper atop every bottle of Blanton’s Single Barrel Bourbon each has a letter on it in a little circle to the lower left. Collect all eight and you get “B L A N T O N S” (and some peace of mind). FYI, the “S” shows the horse crossing the finish line; you can tell because the jockey is fist-pumping. But don’t join him in the winner’s circle just yet — double-check that your “Ns” aren’t the same N. The first is a regular old N, but the second should have a colon after it, as shown here.

There’s a risk of inconsistency from bottle to bottle.

That’s part of the magic and curse of a single-barrel product. Bourbons are typically created by blending whiskey from multiple barrels to reach a desired flavor profile. But — now we know — single-barrel bourbons like Blanton’s defy that. And since barrels in the same warehouse can age very differently, one bottle of Blanton’s Single Barrel could taste very different from another if they came from two different barrels. Granted, you’re still operating in bourbon territory, with limited elements at play (corn mash, a proportion of rye, barley or wheat, charred virgin oak, Kentucky superstition), so the range of flavors isn’t too wild. But one barrel might showcase more or less brown sugar, smoke, caramel, clove, vanilla, hazelnut, orange peel, and other flavor notes.

There’s a cask-strength “Unfiltered Straight from the Barrel” Blanton’s that’s not available in the U.S.

Yes, it’s distilled here. Yes, it’s shipped elsewhere. Yes, it’s delicious. So, yeah. Damn. (You can purchase it from overseas markets and have it shipped back here, but that’s a whole thing.)

But Blanton’s Gold edition is coming to a shop near you.

Previously unavailable in the U.S., Blanton’s Single Barrel Gold Edition is going to be available in the U.S. for the first time ever this summer. It’s made in basically the same way as the original Blanton’s, except the Gold edition is 103 proof. Note that the higher alcohol has an impact on the bourbon’s flavor profile, with darker, chewier fruits and caramels, coarser heat, and sharper spice flavors. It’s going to be available once yearly, at $120. Considering the number of bourbon geeks out there, you should stake out your buying spot now.

The article 13 Things You Need to Know About Blanton’s Single Barrel Bourbon appeared first on VinePair.

Hi I am Delfina Maggio,35 years old from New Jersey,NJ,USA,working as a Assistant Finance Manager in one of the top Wine Production company from the last 5 years.Here I am sharing some special tips about it as well as about our products and achivements. View all posts by delfinamaggiousa 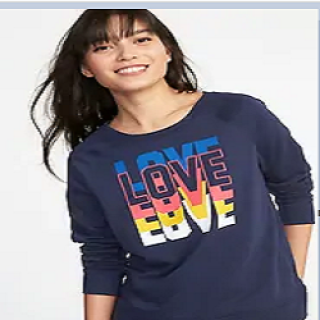 Hi I am Delfina Maggio,35 years old from New Jersey,NJ,USA,working as a Assistant Finance Manager in one of the top Wine Production company from the last 5 years.Here I am sharing some special tips about it as well as about our products and achivements.